Humans have had a strong hands on nature for years. We're constructed roads over mother earth, emitted CO2 into the air with cars and left millions of pieces of plastic in the ocean.

It's hard to know anything different when that's all you've ever known- until now.

The Corona Virus has left the world under tight lock down and quarantine forcing many people to stay inside. This massive lock down has caused people to stop using their cars as much to drive to work and many of the airplanes grounded. Did you know - that 44,000 airplanes would fly a day prior to Corona Virus? (1) Or that 76% of the American population would drive to work alone with an average of a 26 minute commute? (2) If there are 327,200,000 people in the USA that's 248,672,000 people driving a day! Not to mention other counties like China & India that have massive populations commute massively all adding to CO2 emissions and other threats to nature on the road.

Mother Earth had been taking a beating, but now she is healing.

It warms my heart to bring to you some positive facts I've heard through our the past week as it seems the main silver lining is that the Earth is healing. Due to the decrease in CO2 emissions and over all pollution reduction, the water in Italy is running blue and the CO2 pollution levels in China has decreased. (3) 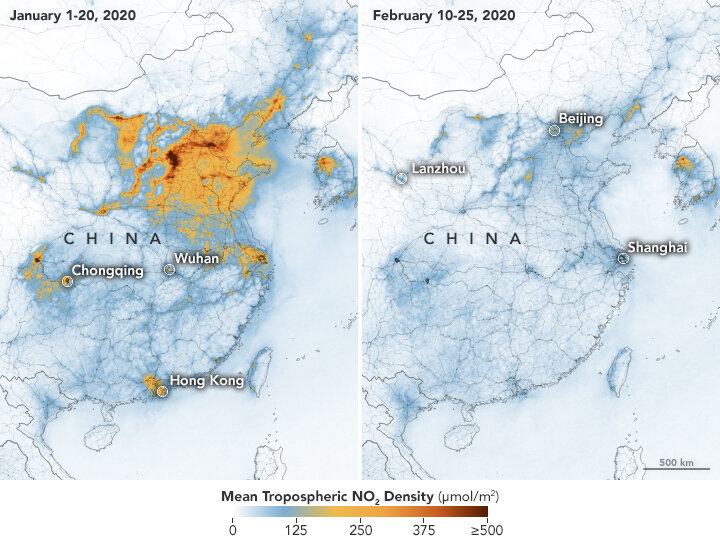 I also just found out 20 minutes ago that 60 million sea turtle eggs lay on the beaches undisturbed in India since everyone is self quarantining due to the Corona Virus, which prompted me to write this blog! (4) Another benefit of having everyone tucked inside their home is that there are less threats to sea turtle nestings! This is great news as baby sea turtle survival rates are already quite low with only 1% expected to reach sexual maturity. "The Coronavirus pandemic, and the consequent blocking of activities that has been implemented in many countries around the world, continue to have positive effects on nature, animals and the air we breathe. It seems that this dramatic situation has brought, in the midst of so many sufferings and deprivations, also a period of “breathing” and well-being to the planet that hosts us and to so many creatures that are often threatened by the presence of man.

In eastern India, what has not been seen for a long time has happened along the coast of the state of Odisha. Sea turtles, animals notoriously vulnerable and threatened by pollution and human activities, took advantage of the quarantine to take back their spaces without being disturbed.

We are talking about hundreds of thousands of olive tortoises (Olive Ridley, or Lepidochelys olivacea) who managed to reach the shore, on the beach of Rushikulya, to make their nests and lay their eggs in a few days. Everything happened in a safer and more protected way than the normal situation in which man, with his fishing and tourism activities, would certainly have disturbed this fascinating natural process. In general, in fact, such an event would attract crowds of tourists eager to attend, with obvious disturbance to the turtles. Besides, there often are the acts of poaching: unscrupulous people stealing eggs from the beach and then reselling them in local markets. This year the splendid sea turtles were able to nest in complete tranquility.

According to The Hindu, local protection authorities did their best to ensure that the spawning occurred in a protected way. The news comes after another mass nesting, which took place on Gahirmatha beach, was also successful. Adding the eggs laid by turtles with more security due to the blocking of activities by Coronavirus, the authorities have come to estimate that, in total, there will be about 60 million.

Really good news for these animals, that hadn’t even landed on Rushikulya beach last year. Nature, with man’s less present, is winning the battle. Don’t you think this should always be guaranteed to it?" Read more here..

1) Air Traffic By The Numbers

3) Why China's Air Has Been Cleaner During The Coronavirus Outbreak

4) While India is on quarantine, thousands of undisturbed sea turtles estimate 60 million eggs